Believe it or not, the most prestigious place to sleep in a traditional farmhouse was not a bed, but was located on the stove under the ceiling.

It is hard to imagine anything more sacred to a Russian farmer’s household than their stove. Massive, sometimes the size of half the house, came the stove – or petch – akin to a house in a house. They used it to cook, to heat the house, to store dishes, to dry clothes and even to feed (and die on) – and in some areas it even served as a bath. Last but not least, it would also be used to sleep on.

The wood burning stove was the most coveted sleeping area in the house. Not everyone in the family had access. 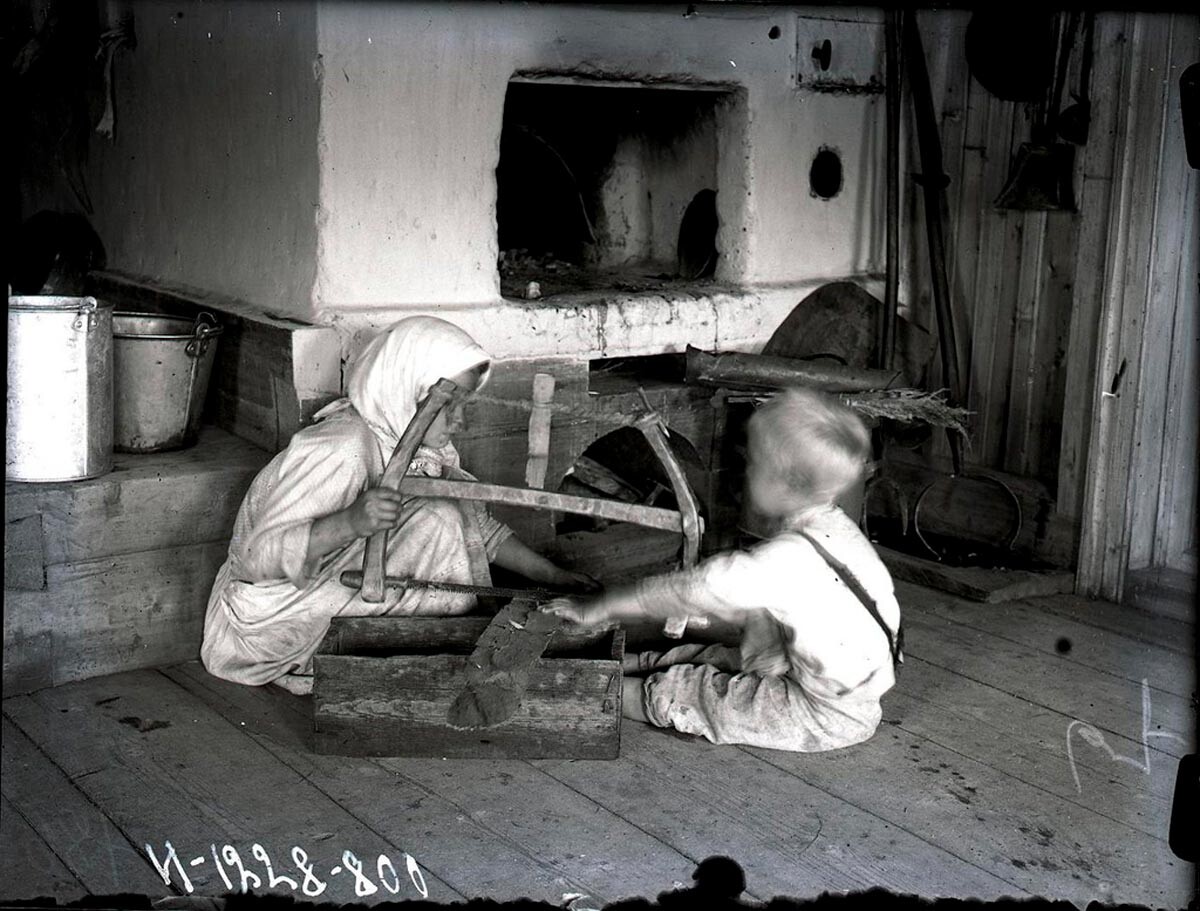 How exactly do you sleep on a “petch”?

The stove was not always used to sleep on. First, in the 8th-13th. century, the unit was heated “black”, meaning there was no chimney, and the smoke only came out through the door or the small windows under the ceiling. But in the 15th-16th. century, with the appearance of fireproof bricks, stoves got their first pipes, leading to new functionality. 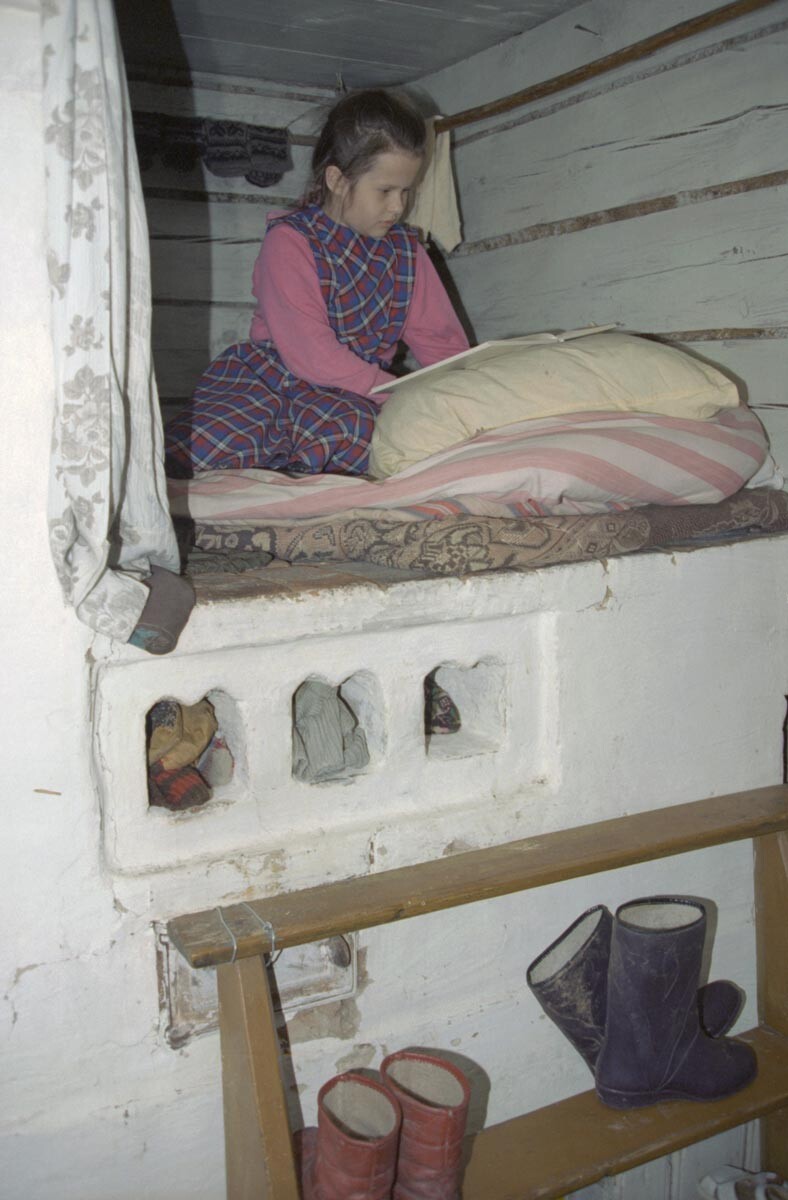 The entire construction of the stove served one common goal – to utilize the heat most efficiently. Therefore, the long cold winters for which Russia is so famous could only survive thanks to the design of the stove: even during the most bitter winter frost, it could keep a warm temperature in the house on a single fire all day. Its walls were 25-40 centimeters thick, which ensured an efficient and even heat accumulation and distribution. Even if a fire was started during the day, the stove would stay warm until evening.

The place to hang out was called perekryshka. It was the top layer of bricks, just below the ceiling, that stored all the heat from inside. That room would be designed with all kinds of clothes and blankets to create a sleeping space. A person would also be able to sit on top of it with just enough ground clearance. In winter, with regular fire maintenance, the temperature would stay at a comfortable 25-27 C.

Who was allowed to sleep on “perekryshka”?

Laying on top of perekryshka – the warmest and most comfortable place – was a privilege, not a right. First, one could not really care for an entire family there: a typical family had many children. The size of the largest perekryshka ever could perhaps fit five to six people. But for the most part, you could only fit two people at a time. 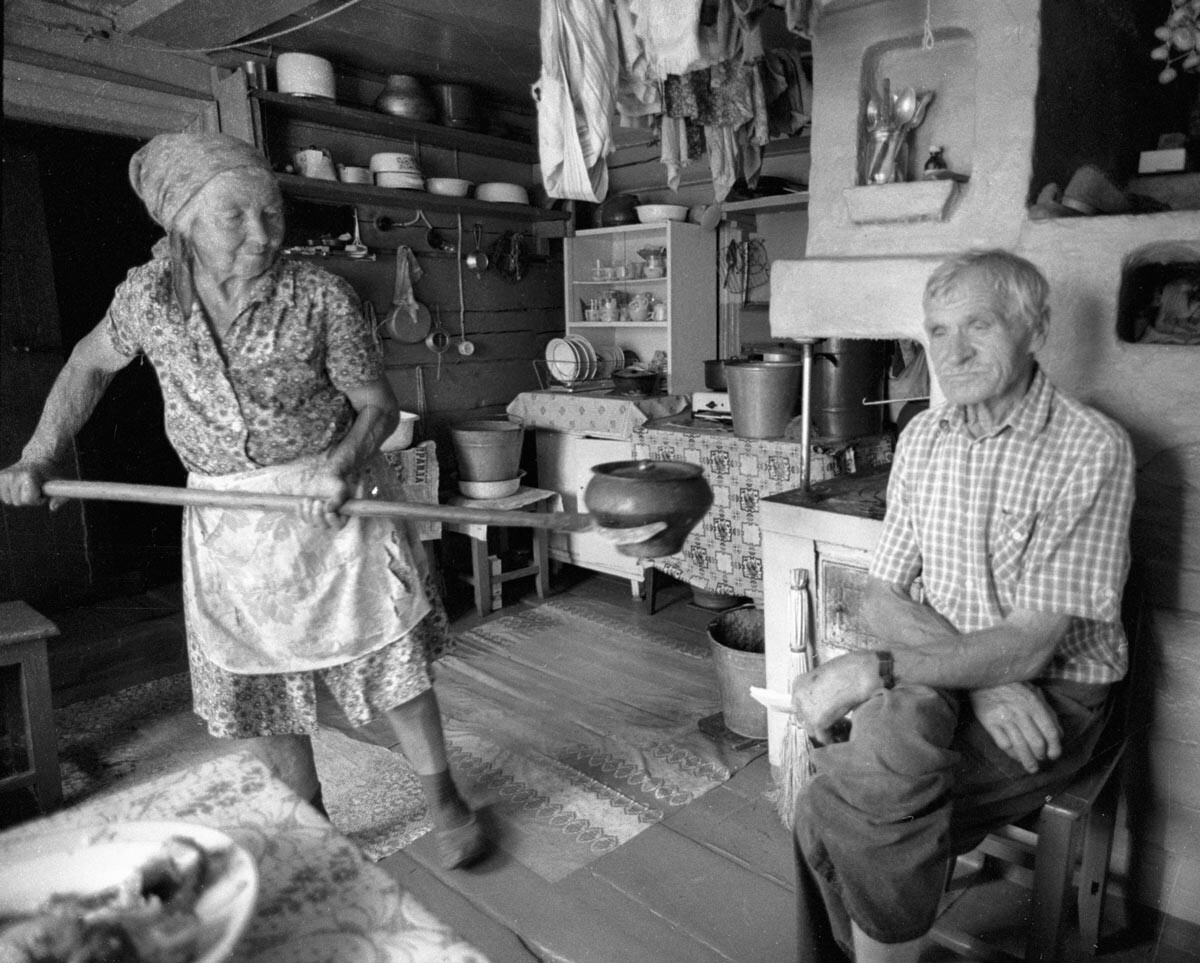 The place was usually intended for the most respected or senior family member – the head of the family or an elderly person. It would also be used to take care of the sick as it was considered to have healing properties. Premature babies would also be taken care of.

All other family members could only use the upper area at the discretion of others, while they themselves slept on the so-called polati – special shelves sandwiched between the stove and the walls. Polati (which is related to the modern Russian word for “shelf” – polka / polki) was also quite warm, although not as comfortable as the coveted perekryshka.

Do modern Russians use stoves to sleep on?

Russian stoves were an expensive luxury and quite complicated in design. Therefore, as soon as a more compact alternative emerged, they began to be a thing of the past. This process began sometime in the mid-19th century, when the Russian household began to get more compact, brick-based Dutch ovens. You could not sleep on one, but they were much easier to maintain. 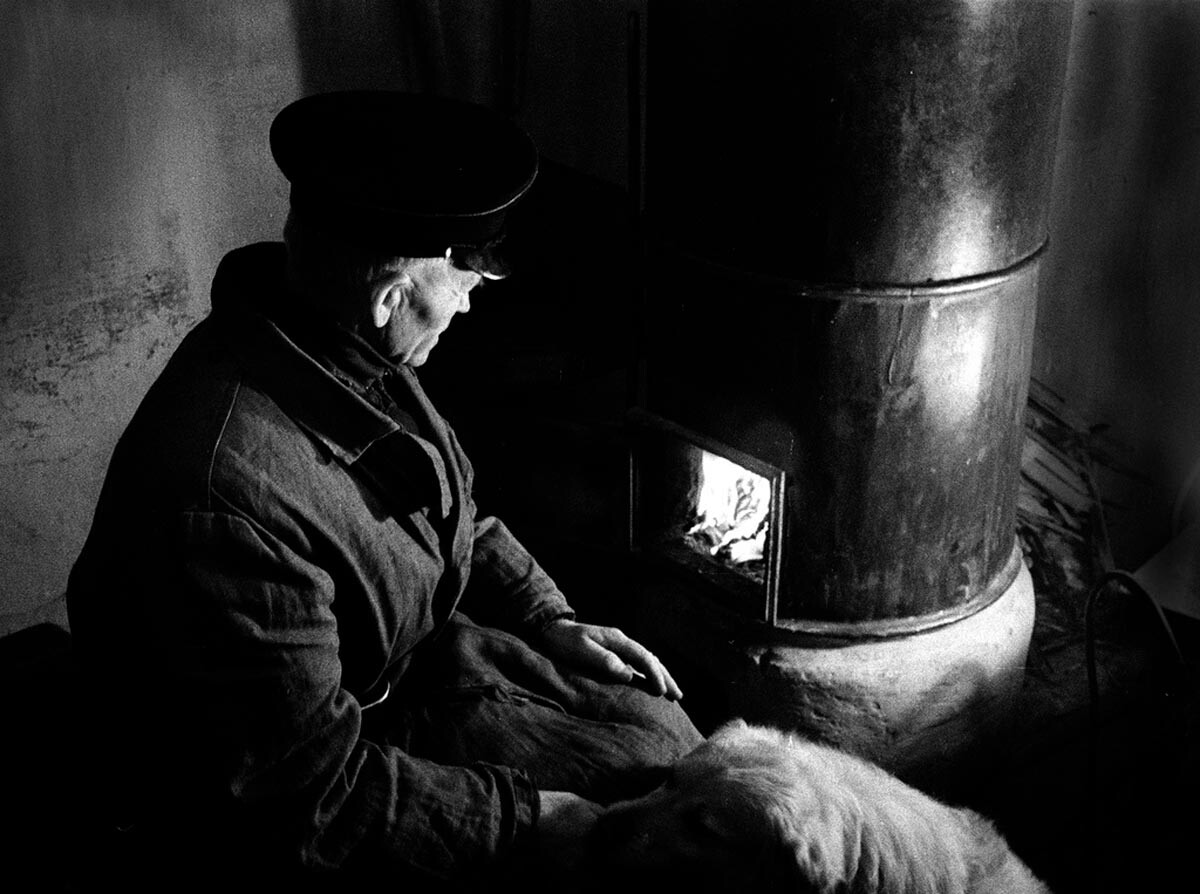 One can still get a glimpse of the old-fashioned Russian stove in some villages and settlements. 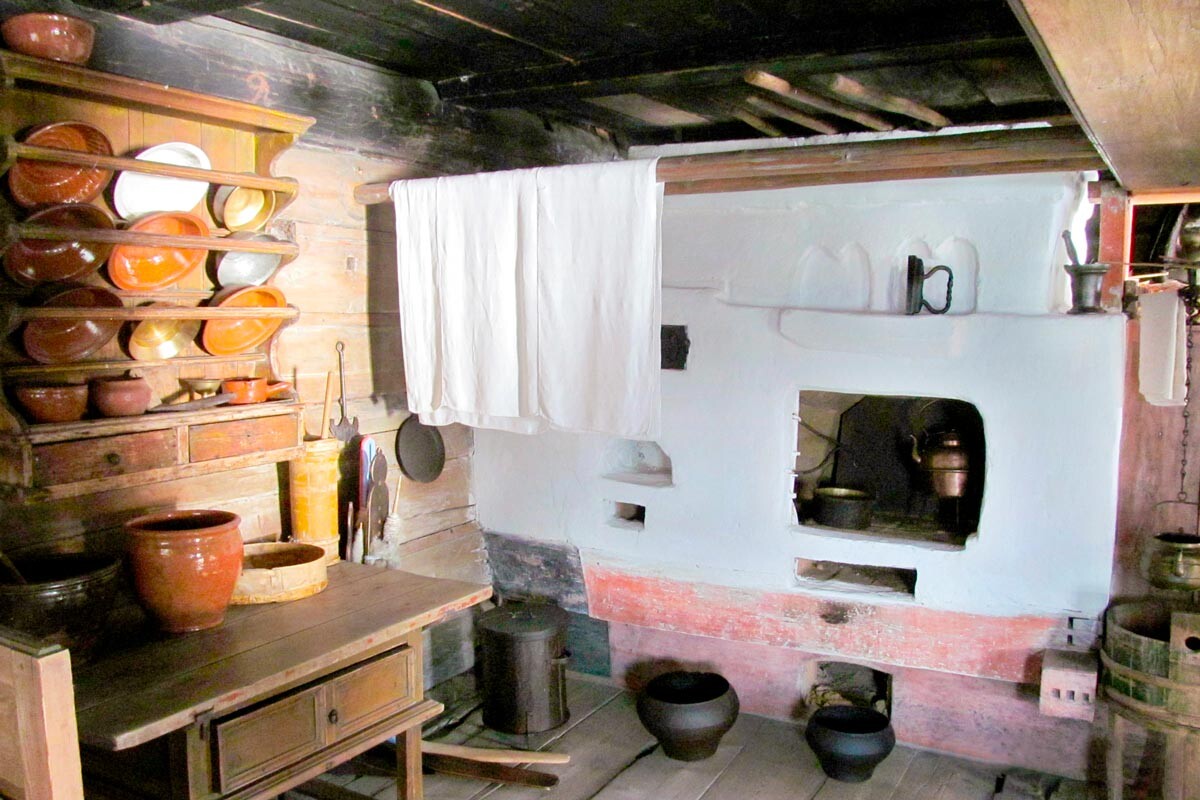 Meanwhile, some people – though very rarely – still go through the hassle of installing one in their home, albeit more modern but still stylized to look like them in the old days. 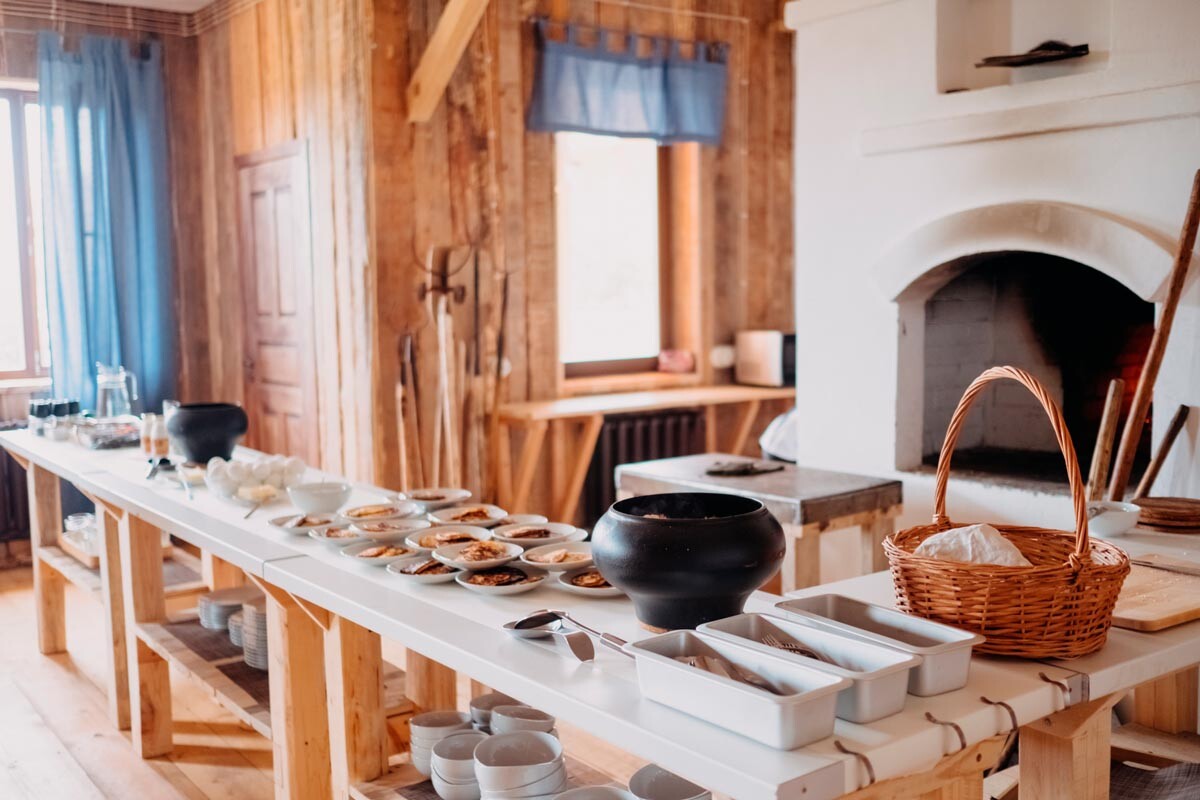 If you use any of Russia Beyond’s content, in whole or in part, always provide an active hyperlink to the original material.