Indian Country heralds 2022 with a series of exciting events and activities.

This weekend and next week you can indulge in opportunities to appreciate a deliciously decolonized art and food collaboration, buy a very cool calendar with Alaska Native culture, build your own mini Choctaw chukka and enjoy some surreal sensational art from an Oglala Lakota illustrator. 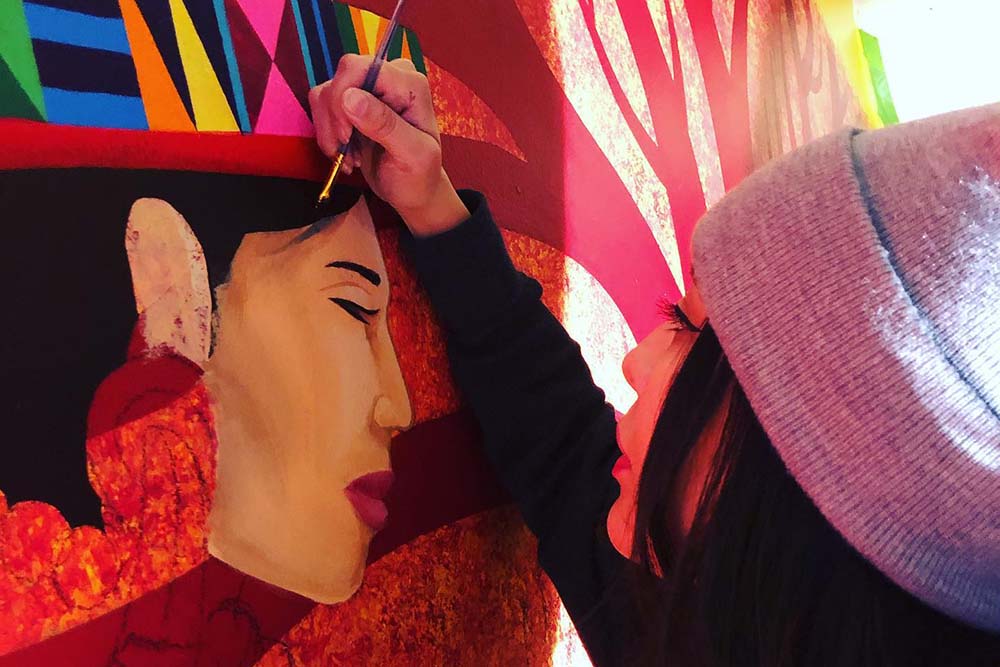 In Oakland, native art and food unite in a refreshing and meaningful mural at the award-winning Wahpepah’s Kitchen.

It all started when Povi Marie and Votan Henriquez of art and activism collective NSRGNTS met Kickapoo chef Crystal Wahpepah years ago for a dinner party in the Hollywood Hills.

“We talked for hours and had so much in common when it came to goals, thinking big and advocating for indigenous peoples that it was easy to become fast friends,” Povi Marie told Native News Online. Crystal said she had plans to one day open a restaurant. “

Wahpepah’s plans came true last year the opening of Wahpepah’s Kitchen. The artwork of the NSRGNTS duo, known for their awe-inspiring, large-scale murals at Navajo Nation, the American Indian Community Housing Organization in Duluth and beyond, remained in the back of their minds.

“In the process of opening the restaurant, she had a dream where we were painting a mural on the restaurant wall,” Marie told Native News Online. “Then she shared the dream with us, and within a few months we planned for it to take place. It just so happened that everything was in line and it quickly came true.”

For the past few weeks, the artists have been focused on bringing tribute to decolonization and native food culture to life.

Povi Marie said the mural has five original characters, representing continental regions where specific foods and indigenous cultures thrive, and centered around a tree of life that symbolizes community and the diverse Oakland area.

“The specific regions the characters represent contributed their food to the gastronomy of the world, which is now being served in Wahpepah’s Kitchen,” Marie said. “The first character is an Aymara man from Bolivia and Peru who keeps a plate of potatoes that was originally grown in these two countries. The second character is a Mayan woman who brings corn from her hometown, ancient Mexico and Central America The third character is a Kickapoo woman holding squash, which is common in North American tribal gastronomy, and the fourth character is an Ohlone woman holding a bowl of acorns and berries, which is a staple of many tribes’ diets. throughout California. And the fifth character is a Lakota man offering bison meat that was hunted across the plains of North America and Canada. “ 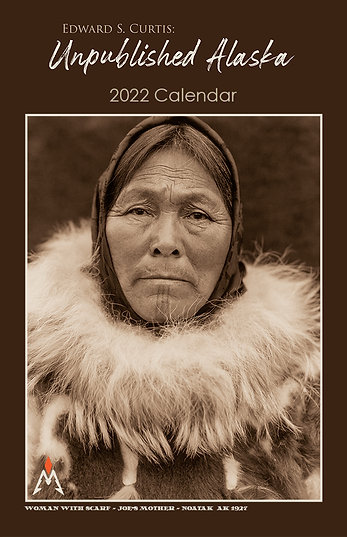 In 1927, Curtis ventured to the Nome and the Bering Sea to visually describe the world of the indigenous peoples in areas including Little Diomede Island, King Island, Nunivak Island, Hooper Bay, King Island and Cape Prince of Wales.

Many of the pictures appear in Alaskan eskimo, the 20th and final volume of Curtis’ epic life’s work: The North American Indians.

But a wealth of Curtis ‘photographs did not appear in the original volumes, and more than 100 additional images found of Curtis’ great-grandson, John Graybill, and Graybill’s wife, Coleen, were shown to the public for the first time last year, both at an exhibition at Michigan’s Muskegon Museum of Art, in an exhibition entitled Unpublished Alaska: The Lost Photographs.

For the new wall calendar, the newly rediscovered images have been distilled down to twelve images accompanied by Curtis’ journal entries. The year with glimpses of Alaska’s native culture includes the smiling faces of women on Nunavik Island, people pulling kayaks on rocky shores, and plush, stunning furry parkas. Each month also includes many important historical dates for Native Americans and Native Americans.

To learn more about Curtis and his work, read Native News Online’s history about the exhibition at the Muskegon Museum of Art. 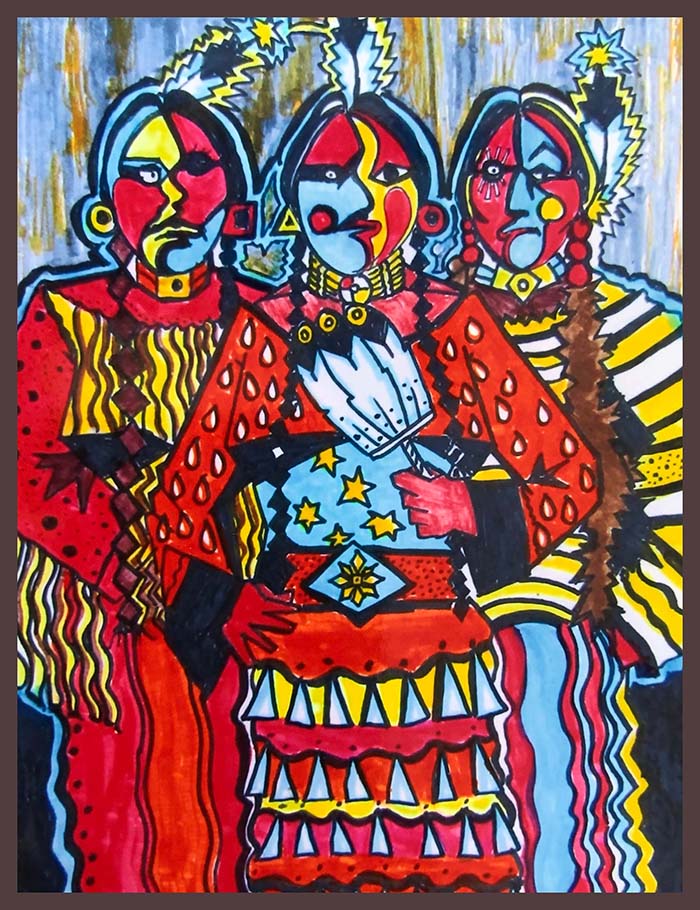 Oglala Lakota illustrator David Ben White unofficially began his art career drawing artwork for the Montana Children’s Home newsletter, aka “The Orphan’s Home,” where he lived until he was adopted as a 9-year-old.

Today, the resilient artist lives on the Red Lake Reservation in Ponemah, Minnesota, where he converts his experiences and inspirations into colorful, eye-catching illustrations.

His new exhibition Native expressions is an exploration of indigenous art, culture and traditions driven by surrealist style and Lakota and Anishinaabe stories.

With waves of striking nuances and Picasso-like distortions, his images pulsating celebrate the buffalo’s majesty, native women, music and dance with electric energy and life.

For more information about the show and the artist, visit watermarkartcenter.org or call 218-444-7570. 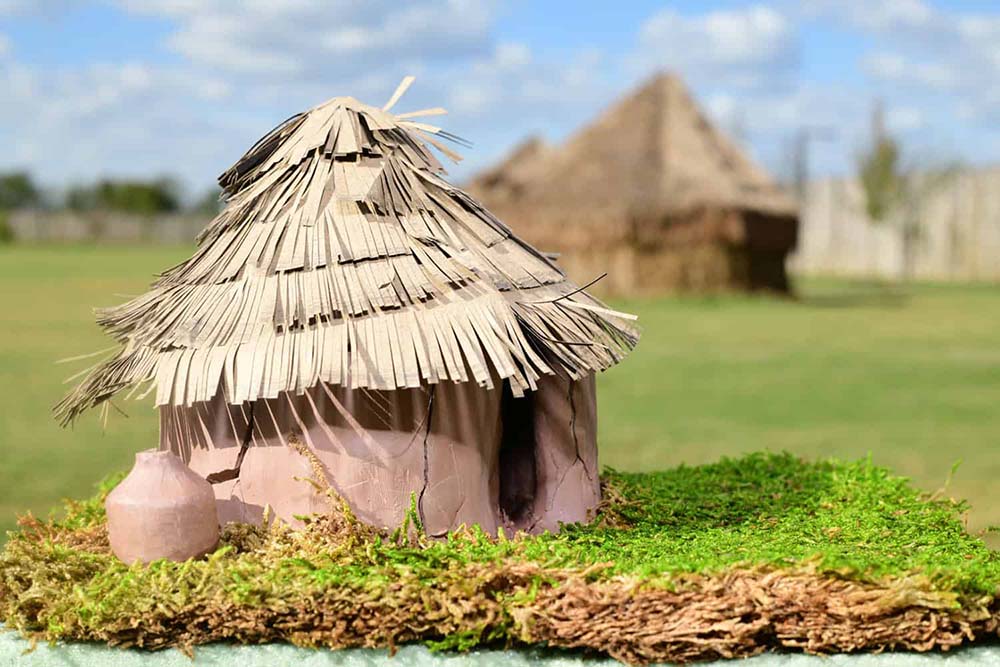 A chukka is a traditional Choctaw winter home. The Choctaw Cultural Center in Calera, Oklahoma hosts The Build Your Chukka Workshop, where participants will build mini-chukkas on Saturday, January 8 and Saturday, January 15 (Choctaw Nation)

As the cold winter winds began to blow, the ancestors of today’s Choctaw people would get busy building domed straw and clay homes known as chukkas.

Through January workshops at the Choctaw Cultural Center, the descendants of the chukka building Choctaws and everyone else interested have the chance to learn what went into building these traditional homes, and to create a mini-chukka model for themselves of clay and wood.

Revisiting and making the chukka again is just one of the opportunities to dive into the Choctaw culture that the center, which opened in July last year, offers this month.

Other events and activities include storytelling stickball and social dance exhibitions, storytelling as well as skin tanning and pottery classes. For the full schedule, click here.

We launched Native News Online because the mainstream media often overlooks news that is important is native. We believe that everyone in the Indian country deserves equal access to news and commentary regarding them, their relatives and their communities. That’s why the story you just finished was free – and we want to keep it for all readers. We hope you will consider making a donation to support our efforts so we can continue to publish more stories that make a difference for natives, whether they live on or off the reserve. Your donation will help us continue to produce quality journalism and raise native voices. Every contribution of any amount – large or small – gives us a better, stronger future and allows us to remain a force for change. Donate to Native News Online today and support independent native journalism. Thank you.

Author: Tamara IkenbergEmail: This e-mail address is being protected from spambots. You need JavaScript enabled to view it.
Tamara Ikenberg is a contributing writer for Native News Online. She covers tribes throughout the Southwest as well as native arts, culture and entertainment. She can be met at [email protected]