Henrik Lundqvist played with 222 different teammates during his legendary 15-year career with Rangers. The three players who suited him for most games as a Blueshirt were three faithful who helped him defend Rangers’ nets – Marc Staal (767), Dan Girardi (754) and Ryan McDonagh (484). Each player spoke to NYRangers.com to share his memories of Henrik and the amazing teams they played on together.

What did it mean to have Henrik as your teammate?

DG: It was an honor to be Henrik’s teammate. It made my job easier as a defender by knowing I had the best goalkeeper in the league behind me and I hope I made his job easier by blocking all those shots for him (haha!). We sat next to each other at the Gym for many years and we became good friends outside the ice as well as on the ice. He set a good example both on the ice and off the ice in terms of what it meant to give back to society. He showed us all how to behave and play like a professional and he did so much away from the rink too through his work with the Garden of Dreams Foundation and his own Foundation.

RM: The biggest thing I always remember was how focused and competitive he was and it infected you as a player. You better be ready to play every single match, because you knew he would bring his best and you would not let him down.

MS: Having Hank as my teammate in all the matches that Ranger was special. I managed to witness some of his greatest achievements first hand and I was able to share the joy of winning many hockey matches with him. Getting to know him and his family off the ice is something I will always be grateful for. Sharing dinners and going to team parties was always so much fun and those memories will stay with me forever.

How would you describe Henrik’s work ethic?

DG: His work ethic is the best I have ever seen. In practice, I saw him take shot after shot, burst after burst, and he was never happy with how good a goalkeeper he was. He won the Vezina Trophy and then worked twice as hard the next year to get even better. Henrik never liked to give up a goal in practice or in a match. He always tried to improve his game, no matter how many wins or how many shutouts he already had.

RM: He never took time off in the sense that if the team was on the field, he knew exactly what to do to try to win the next hockey game. Whether it was lifting weights or taking extra shots after training, he knew where his game was and what he could do to make his game a little bit better every day.

MS: Hank always came to work. He rarely missed a workout. And he wanted to compete. On every single puck. It has always impressed me. He just hated getting scored. And through the grueling schedule of an NHL season, his preparation for every game was second to none. He set a good example every day in that regard, and he made his teammates better because of it. 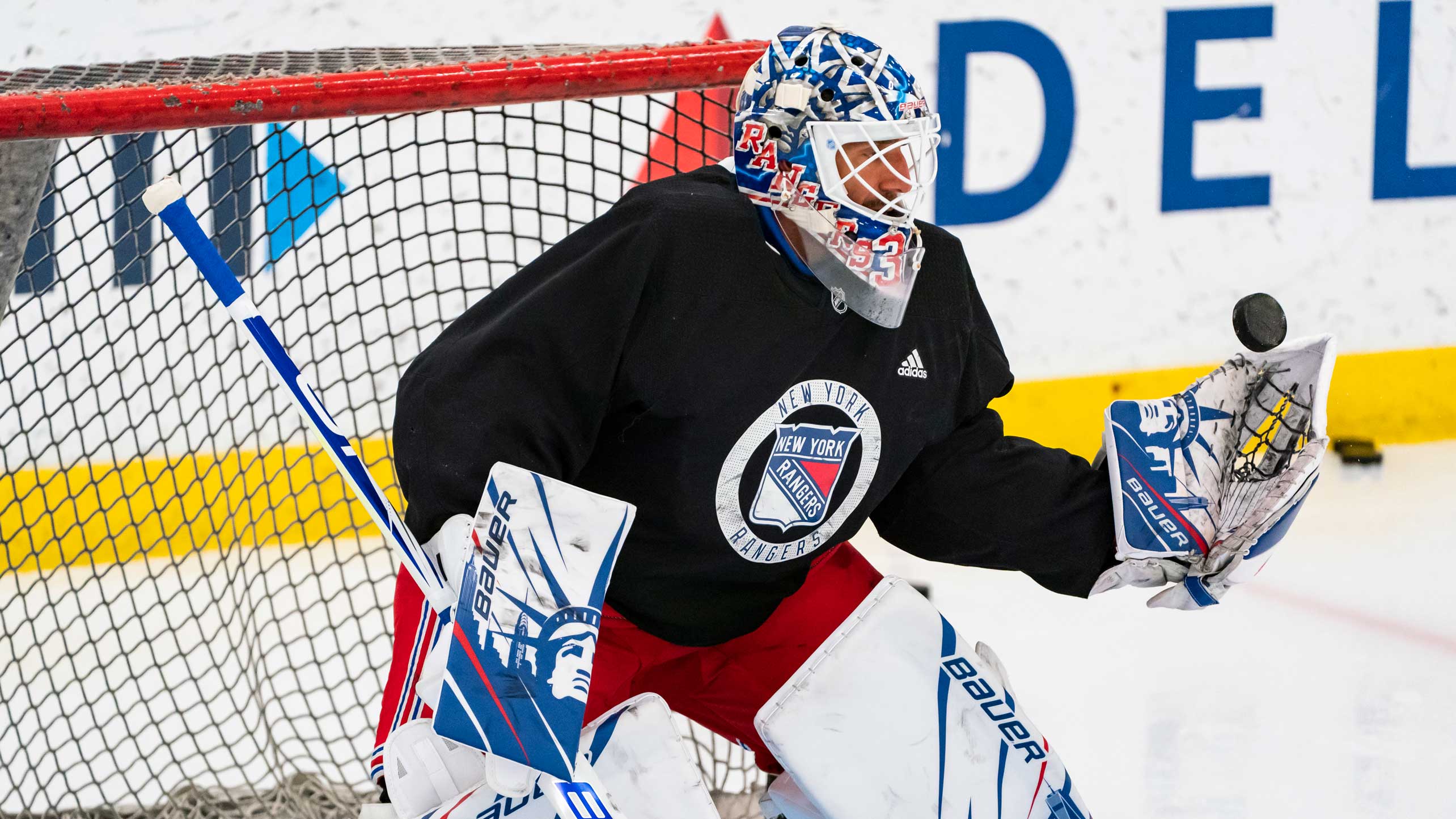 What are your special memories from playing with Henrik? Is there one game, series or saw that stands out the most in your mind?

DG: There are so many that it is difficult to choose just one. It’s clear that the 6th match in the Eastern Conference final against Montreal in 2014 comes to mind – the rescue he made when I dude to take the cross fold away and it hit my stick and he swung his arm up in the air and saved it is something I will never forget. Being on the ice the last few seconds before we won the Eastern Conference championship that night, and being one of the first guys to hug him, was special. His save on the penalty kick at the end of the Winter Classic against Philly in 2012 is also memorable for me. (Also, choosing me in the All-Star Game Draft in 2012, as I probably should have gone last haha!)

RM: I definitely remember he saved my butt at the 2012 Winter Classic in Philly. I was called to cover the puck in the fold late in the match and that gave Philly a penalty kick with a chance to tie it up. Briere tried his hand with five holes, but he took it away and the bench and crowd broke out as he closed Philly’s chances down there with a huge stop. I’m sure there were plenty of other times where he covered up my mistakes and made incredible saves, but that memory certainly stands out.

MS: The one moment that stands out to me was when we played against Pittsburgh in the second round of the 2014 playoffs. It was match 7 and we were in front of a goal with about five minutes left of the match. He made three or four excellent saves in a row. I remember thinking there was no way he was letting anyone in. He was then called in that night. You played so many great matches with Henrik. 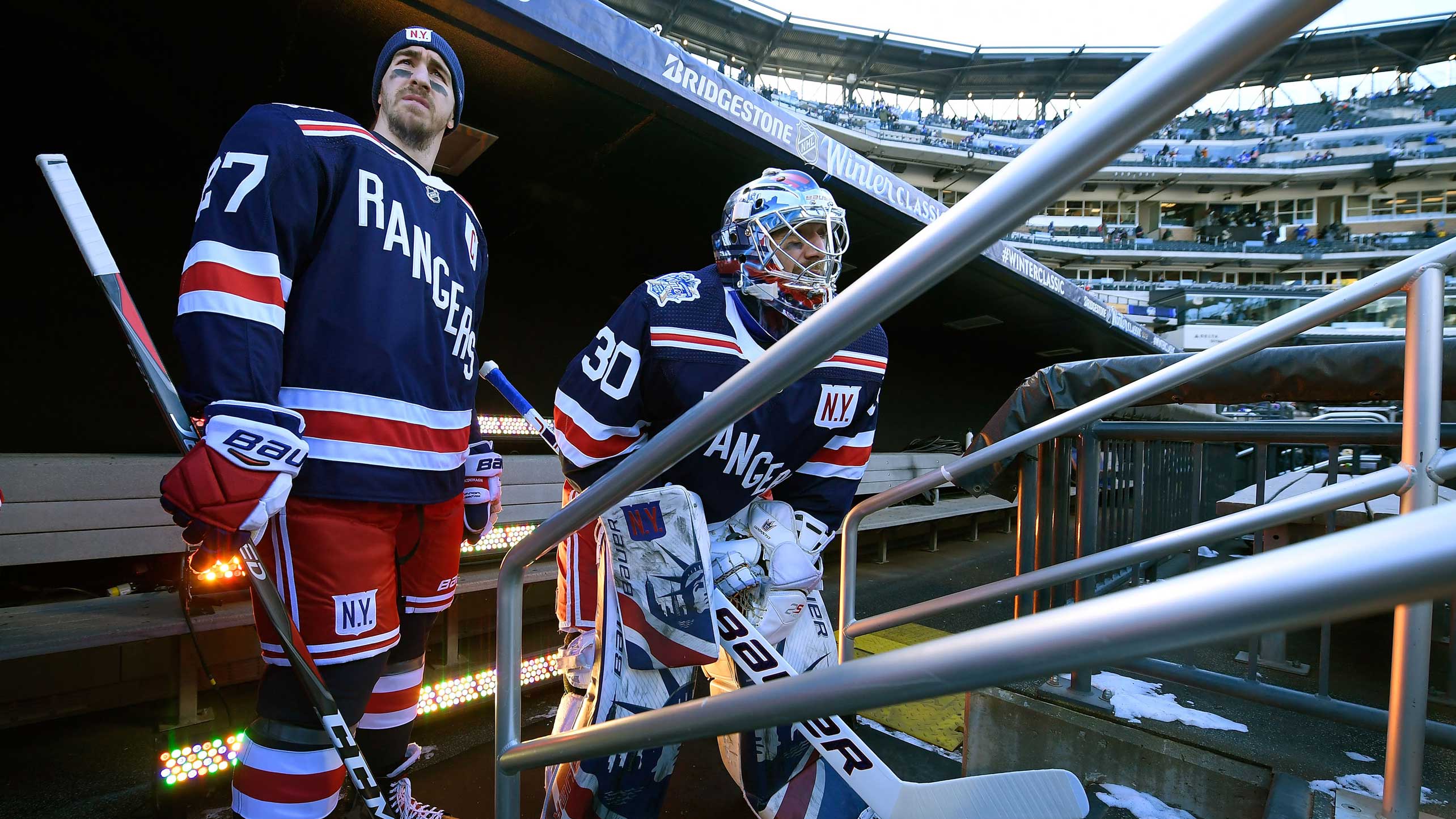 What was it about Henrik that allowed him to play his best on the game’s biggest stages?

DG: His professional mentality, passion for the game and his preparation made him play his best on the biggest stage. Whether it was a show game or a Stanley Cup final game, he prepared in the same way. Nobody listened to him on game day – we let him do his thing and he was always locked inside.

RM: Hank always relied on his instincts and he always told us as a team that we should trust our instincts when playing on the ice. He practiced what he preached because he never seemed to cheat the goalkeeper position. He never guessed where the shots came from; he let the game come to him, was patient in his approach, and eventually he let his athleticism and instincts take over and just stopped. Of course, it’s not easy to do, but he mastered it and thrived when the biggest scene was there.

MS: I think what allowed Hank to be the best in the biggest moments was his desire to win. Winning was most important. And of course, all the preparation and work he put in before those moments helped him to be at his best. But his desire to beat the other team made him great. And he thrived in the spotlight.

Can you share something about Henrik’s person outside the ice that people do not know?

DG: Henrik was a great guy off the ice. He always had a serious, professional look at him on the ice rink, but I always tried to joke with him at the gym, and most of the time I could get him started. I really enjoyed the times he joked around and had fun with the boys.

RM: Outside the ice, I saw Hank become the father of his two girls, and it was fun to see him change. He was definitely, and still is, an icon in that city, so every time you were around town with him, it was a celebrity-like experience where people were always excited to meet him and see him. I personally admired how much he gave back, and continues to give back, to the city and the community. Through his Foundation or through other ideas he wanted to come up with, he always thought of ways to give back and it always spoke a lot to me because he was definitely dedicated to hockey and his family and it was impressive to see him make a efforts also to give back. When he became a father, one could see his thought process shift to not only wanting to be the best version of the Rangers goalkeeper, but also to be the best father he could be. He always did a good job of balancing all his duties between being a father and playing hockey.

MS: What you see is what you get with Hank. From his work with the Garden of Dreams Foundation to his own Foundation, he always did things for other people. The guy loves a good cheeseburger. If he had a good burger the night before a match, you just knew he was posting a shutout. And the guy loves cars. He was like a child on Christmas morning when he got a new car.

When you look back on your time with Henrik and the races that some of the teams had, what do you hope will be remembered most from that time?

DG: I hope our legacy will be that we were one of the best teams in Rangers history. Obviously we did not get the final result we wanted in those years, but we had so many fantastic matches, overtime victories in the playoffs and big comebacks. We never stopped and our group always believed we could win every night. We all played the game the right way and we played for each other every turn. Those years (when we went to the Stanley Cup final in 2014 and the Eastern Conference final three times in four years) were my most memorable as a Ranger. It also did not hurt to have Hank between the pipes!

RM: Henrik always left everything he had on the ice. He gave every ounce of energy and focus to try to win every night. There is no doubt in my mind that during the runs we had in the playoffs, it was his focus and his level of competition that drove the bus for the rest of the guys on the team. It was so much fun playing playoff hockey in New York, and Henrik should be damn proud of all the records he has for the franchise and all the games he has won over the course of his career because he wanted nothing more than to watch our group win. every single night. His dedication to his teammates, coaches and fans should be the most talked about. I was very lucky to play with such a high class player who taught me so much about the game. Once again, congratulations, Henrik, on the well-deserved shirt retirement. You will forever be a Rangers legend in The Garden.

MS: When I look back on that time, I remember how close we were as a team. We were a family. And we had so much faith that we were going to win that I still can not believe we fell short. So I hope our fans remember the passion we played with and the sacrifices we made along the way in trying to win the Stanley Cup. Those were some of the best times I’ve had as a hockey player, and I’m sure Hank would say the same.