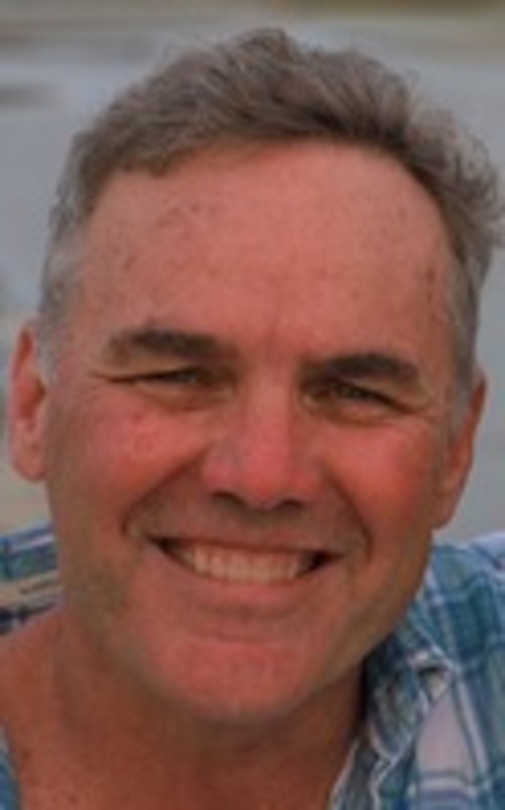 Marblehead – Stephen Richard Gaddis of Marblehead, beloved husband of Ashley Gaddis and father of William and Laurel Gaddis, died peacefully in the home on Thursday, January 6, 2022, shrouded in the love and gratitude of his family. He was 59 and had been diagnosed with lung cancer by June 2020.
Steve was a lover of life, affectionate and deeply loving husband and father, loyal and generous friend, gifted healer, inspired and conscious teacher, wise mentor and mentor, deep thinking, hugely compassionate soul and giver of the greatest hugs ever. For more than 20 years, he worked as a marriage and family therapist in Salem, helping hundreds of people and families on the North Shore and beyond to create new and favorite stories about their lives and the challenges they faced.
Steve loved his work and was passionate about narrative therapy, an approach to therapeutic work that centers on clients’ experiences and knowledge of their own lives, hopes, and dreams rather than the therapist’s “expert standpoint.” In 2009, he co-founded the Narrative Therapy Initiative in Salem, a non-profit educational institute where he led workshops and conferences and created a worldwide community of narrative practitioners. Steve taught Narrative Therapy courses at Boston College Graduate School of Social Work, Salem State University and the University of Waikato in New Zealand. He published and presented nationally and internationally.
Even more than his work, Steve loved his family dearly. He spoke often and loudly about his love for Ashley, his life partner of 30 years, and Will and Laurel. He was immensely proud of the strong marriage he and Ashley built, as well as the performance of his children, in the classroom, on the football field or in the riding arena. Steve and Ashley loved welcoming people into their homes for parties, intimate dinners, storytelling gatherings, and family reunions. Steve greeted everyone with a warm hug, a big smile, an attitude of curiosity about their lives and a commitment to making sure they knew they meant something.
Steve was born on April 11, 1962 in San Francisco, California, the eldest of four siblings, and grew up in the Bay Area. Fear and abuse were strong presentations in Steve’s childhood, and as an 18-year-old he left home. For the next 10 years, Steve hopped around in his beloved Northern California, working various jobs to support himself, including as a shoemaker, crab fisherman, and sea kayaking instructor. In his 20s, he attended Humboldt State University, where he studied environmental engineering and was an All-American rugby player.
At the age of 29, he worked with a gifted therapist to change patterns in his life he did not like, and came to the realization that the purpose of his life was to become “a therapist who does not suck.” To get a fresh start, he moved to Colorado to return to college. He took an unpaid internship at the Breckenridge Outdoor Education Center and taught adaptive skiing to people with disabilities. It was there he met his soulmate, Ashley Ryan, the love of his life.
After the romantic first winter together, Steve and Ashley moved to Fort Collins, CO, where Steve earned his bachelor’s and master’s degrees from Colorado State University. He then received a Ph.D. in Marriage and Family Therapy from Syracuse University. In 1999, he and Ashley moved with their young son, Will, to the North Shore of Massachusetts, where they first lived in Beverly and later in Marblehead. In 2000, Laurel was born and Steve established his independent practice. In 2006, Steve was offered a one-year visiting professorship at the University of Waikato in New Zealand. True to their adventurous spirit, Steve and Ashley packed their suitcases and two small children and flew to the other side of the world, where they had the most magical year as a family living in a magical land.
In addition to loving his family and work, Steve deeply loved his friends and colleagues. He lived life to the fullest and authentically. He loved being active and outdoors in beautiful places. He enjoyed playing football and rugby and loved playing golf, hiking, sailing and camping. He loved the Rangeley Lakes region of western Maine, where he and his family spent summer vacations for 20 years. He loved listening to all kinds of music, but especially loved “The Boss”. He loved intimate conversations with people. He loved cuddling on the couch with his kids, delicious food and drink, laughing, being teasing, sharing his vulnerabilities with others, and challenging society’s norms and assumptions.
Steve’s cancer diagnosis was shocking, especially since he was a non-smoker, but he chose to define what his relationship to cancer would be. He continued to live a purposeful life, meeting clients, teaching, spending precious time with family and friends, reading and writing. When Steve found out that his cancer was fatal, he asked us all not to think of his death as something terrible, but instead to think of his life as something blessed, wonderful and richer than he had ever imagined possible.
In addition to Ashley, Will and Laurel, Steve is survived by his mother and stepfather, Catherine and Sam McWilliams of Denver, CO; his in-laws, Bill and Judy Ryan of Nyack, NY; three siblings, Mike Gaddis, Richard Gaddis and Stephanie Decker; his sister-in-law, Sarah Ryan, and her husband, Robert Wieman; many nieces and nephews; and dear friends all over the world.
Visiting hours to honor and remember Steve will be held at O’Donnell Cremations – Funerals – Celebrations, 84 Washington Square (at Salem Common), Salem, Saturday, January 15 from 8 p.m. 12:00 to 16.00. . A joyous celebration of Steve’s life will be held when it is safer for people to travel and gather. Instead of flowers, consider giving a memorial gift to the Narrative Therapy Initiative (https://www.narrativetherapyinitiative.org/donate), Rangeley Lakes Heritage Trust (https://www.rlht.org/be-involved/ join- renew), or Care Dimensions (https://www.caredimensions.org/giving/). To share a memory or offer a condolence, please visit www.odonnellfuneralservice.com.